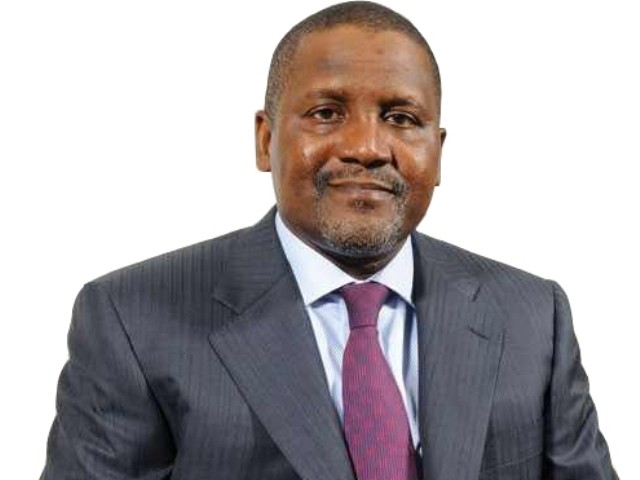 Nigerian billionaire-Aliko Dangote who just topped 2015’s Forbes richest Africans list with a whooping $16.6 billion is about to become the owner and president of a country—his own country which he will buy and move his friends and family.

Considering the fact that Kolawole Banwo, a senior programme officer at Nigeria’s Civil Society Legislative Advocacy Centre recently told the BBC that as “at 2014, Nigeria could have been losing 300,000 barrels a day; about $12bn (£8bn) annually” in corrupt oil deals—Aliko Dangote may be tired of the increasing corruption and therefore he is looking for a safe haven for his riches and relatives.

It’s not just corruption which ScrewLife.Com has learnt is pushing the Nigerian billionaire to buy his own country—he is also tired of the fact the fight against Boko Haram has seemingly become a joke.

In fact, Nigeria’s government can do more in the fight against the extremist group which continues to kill Nigerians almost weekly and because this is not happening, Aliko Dangote is about to fly off—after all, his safety is very important.

The fight against Boko Haram has literally turn into a political rhetoric, with nothing substantive and strong coming from Nigeria’s military who constantly complain they are ill-equipped to even fight the militant group responsible for the unending atrocities in northern Nigeria despite the huge annual military budget.

Aliko Dangote’s decision to set up his own country, hire soldiers and fly his friends and family in there may seem selfish, except when you get to weigh this alongside the fact that, Sambo Dasuki, a Nigerian Security Advisor to the former President has today been alleged to have stolen $2 billion meant for the fight against Boko Haram.

Under such umbrella of corruption, it seems justifiable that Aliko Dangote is tired of the situation in Nigeria and as such, he wants to be in charge of his own land—a country he may name after himself.

Apparently, he is in talk with President Robert Mugabe of Zimbabwe, ready to buy a huge piece of land which were seized from the whites some years ago for $3 billion and develop the land into 5 major cities, together he will call it the country of “Dangote.”

There will be a lot of jobs and homes for several Nigerians who will want to escape from the current political and economic climate through an annual visa scheme.

Since Aliko Dangote is not really into churches, especially the noisy Nigerian churches—it seems he will not make provisions for loud churches. However, he will respect people’s right to religion and they can freely practice whatever religion they want in his new country—provided they keep the noise level down.

This is not the first time a billionaire has decided to buy a land to set up something like a country—-virgin boss Richard Branson owns an island, big enough to host a small country.

And recently at the peak of the Syrian refugee crisis, British newspaper DailyMail reported that Egyptian billionaire-Naguib Sawiris offered to buy an island from Greece or Italy and turn it into a country for fleeing refugees. He was also going to provide them with jobs.

Some Nigerians will be sad that Dangote is about to leave them but that’s life: each for himself, all for us all.