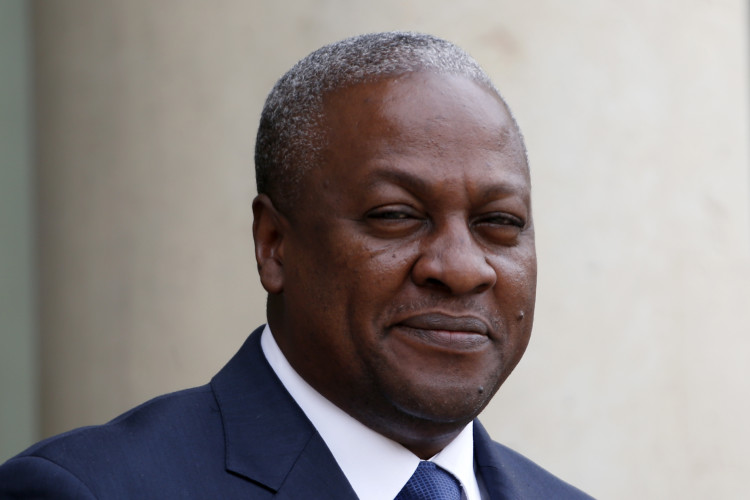 Ghana’s fine-boy President-John Dramani Mahama, an old man who loves to claim to be a youth is known for being a Chinese version of Jesus Christ—he promises a lot, but never delivers. And then he comes back again and again to promise to uphold the previous promises which he never upholds.

That’s always been the cycle—a disease his doctors in South Africa have said he cannot be cured of.

But as his political journey grow, the stress coupled with his hunger to stay in power for the next 4 years has fetched him another incurable and highly contagious disease-Perpetual Verbal Diarrhoea (PVD).

Globally, he is somewhat known as the the dead goat: how a dead goat can be a president of a country is something we will have to send a team of journalist from Beirut and Zurich to Ghana to work on when we have stable power supply in that country.

Even the BBC has taken note and reported on President Mahama’s new name-Dead Goat in the past—and soon, the new disease affecting his immune system of sanity and maturity will also be picked up by various international media outlets.

The last few hours, President Mahama of Ghana who the people say is the epitome of incompetence but hates to be called as such on the back of his twisted logic that until someone has been a president before, that person has no right to criticize him—has been displaying serious symptoms of his Perpetual Verbal Diarrhoea.

The president has been loosely and cheaply talking—mounting all manner of insane and shocking assaults on the opposition National Patriotic Party (NPP) and even on the citizens of Ghana, the people he rules.

First, the President decided to respond to claims by the opposition party that his government is heaping debts on the country with its excessive borrowing by saying, the opposition party’s MPs just sleep in parliament and approve loans while sleeping.

According to GhanaWeb, this is what he said: “You say we haven’t used the loans for anything and that we are misusing monies, meanwhile every loan we take is taken through parliament for approval so what have they been doing, have they been sleeping?

“They approve the loans in parliament, there is no loan we have taken without taking it through parliament, they should come and tell us what they have been doing,” the President mocked at a rally in the Volta region as he rounded his ‘Changing lives’ tour.

That was just the start of the verbal diarrhoea, President Mahama proceeded to open the floodgate of unnecessary mockery of the opposition party over the party’s suspension of its national Chairman, Paul Afoko.

In an obvious ridicule, he asked who the Chairman of the NPP is—saying, is it ‘Opana’ or Afoko?

The confused President continued: “one mark of competent leadership is to manage and unite people. The NPP should learn this.”

Reports say, “President Mahama while addressing the NDC members in the Volta Region wondered why Freddie Blay also held a press conference on the same day to respond to President Mahama’s criticism of NPP’s vice presidential candidate, Dr. Mahamudu Bawumia instead of focusing on the internal troubles.”

With a lot of national issues to deal with— and Ghana’s power crisis having killed almost all the small and medium scale businesses, the President has been using his time very wisely, throwing out jabs at the opposition party and the ordinary citizens.

ScrewLife.Com is reliably told that, certain high ranking members of the President’s party-the National Democratic Congress (NDC) are worried about this contagious Perpetual Verbal Diarrhoea disease the President is suffering from—with the unofficial spokesman of the President, journalist Kwesi Pratt having told these members that it has always been a disease with the President but he has managed to contain it for years, it mostly shows its head when he is DESPERATE.

With just about 12 months for Ghanaians to go to the polls, and the President and his government having been unable to deliver anything significant on their tall promise list, notably, solve the power problem—Opana is desperate and this has made worse his Perpetual Verbal Diarrhoea.