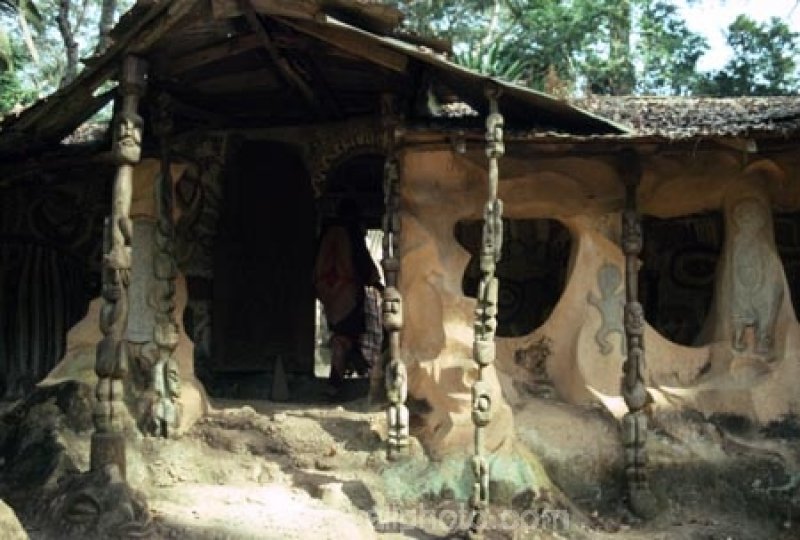 The gods must be crazy; for us, the gods must be powerless—what explains this incident of thieves having stormed a popular Ghanaian shrine (the shrine of Antoa in Ghana) and then stole all the gods and gold, and then later negotiate with the chief priest to buy them back for 1000 dollars?

According to multiple media reports, 3 thieves who were upset with the the long existing Antoa scam; the fact that powerless pieces of stones and carvings are being fronted to take money from several Ghanaians decided to end it all—buying storming the shrine of the gods at night and stealing all the gods and gold.

Business was closed down the next day when the chief priest woke up to realize that his powerful gods have been stolen—without the gods doing anything to the thieves.

At first, the chief priest thought he was dreaming and only realize things were real when several people who come to the shrine each day started coming, in search for help from the gods.

With the gods having been stolen, the chief priest quickly announced that the gods have taking a long over due leave to India, to attend the summit of the world powerful, being Chaired by the mother of marine spirits (Maame water).

With this lies in the air, the chief priest contacted a certain man reported as Abu, who is somewhat the chief thief of the area—he knows about who steals what.

Abu managed to contact the thieves who agreed to return the gods for the amount of 1000 dollars.

ScrewLife.Com is told, after making the payments, the chief priest now has his gods and dwarfs intact, all set to work their magic on the credulous. But the stolen gold was never return.

When we contacted the chief priest for comments, he declined, for fear that the gods will be stolen each night and he would have to pay to regain them should people get to know he paid 1000 dollars when they were first stolen.

Now, the head of Ghana Armed Robbers Association in Adenta, a surburb of Accra has asked all the members of the association to stop terrorizing humans, and rather go for the gods anytime they need some money.

The chief priest and his gods have been in business for many years, so money is not a problem.

Share on Facebook Tweet on Twitter Share on Google
https://screwlife.com/2015/11/26/gods-must-powerless-thieves-steal-gold-gods-antoa-shrine-ghana-resell-back-chief-priest-thousand-dollars/2015-11-26T13:04:04+00:00SL StaffWeird NewsThieves Steal Gold & gods from Antoa Shrine
The gods must be crazy; for us, the gods must be powerless---what explains this incident of thieves having stormed a popular Ghanaian shrine (the shrine of Antoa in Ghana) and then stole all the gods and gold, and then later negotiate with the chief priest to buy them back...
Vincent SL Staff[email protected]AdministratorScrewLife.Com
Tagged in Thieves Steal Gold & gods from Antoa Shrine
«Next Post Ghana Finally Sets Up 3-Member Committee To Oversee The Legalization of Gay Marriage
Antoa Shrine Chief Priest Says the gods Had Traveled to India When the Thieves Came to Steal Previous Post»