Several Ghanaians, especially supporters of the ruling party-NDC are super excited as if they are Chelsea fans who have managed to win 4 straight matches with Jose Mourinho still in charge.

Despite the abundant  free sunshine, the West African nation of Ghana which consistently supply power to a neighboring country has been bathing in power crisis for many years—made worse in recent times because God couldn’t bother to keep nourishing the country’s over-aged dam.

The country’s most competent President since its independence-President John Dramani Mahama for many years have been thinking, even as a dead goat, aided by his best friend-General Mosquitoe—as to how best his government would solve the power crisis which is affectionately called, Dumsor once and for all.

First, the two came up with a plausible solution; to buy power in a form of Gas from Nigeria—a country which in itself cannot produce enough power for its people.

And then when they realized Nigerians were only supplying Ghanaians with Gas as a cover up for their real intention; to sell the Ghana on eBay—the president and his people reached out to Turkey in search for a true power savior.

Somehow, Turkey a country which proposed to end Gaza’s electricity crisis and was rejected by Israel earlier this year has managed to sell a huge generator to Ghana, which will forever solve the electricity problems Ghanaians don’t care about anymore.

The president and his fine experts are optimistic and for many months been talking about the coming of this saviour—so before it even left the womb, legions were sent to Turkey to wish it a safe sailing to Ghana.

Finally, the savior has arrived in Ghana and though Ghanaians have not seen it in action yet—the president of Ghana have invited everyone, including Pope Francis who is currently on a mini Africa crusade to come and celebrate the birth of a new era in the lives of Ghanaians. 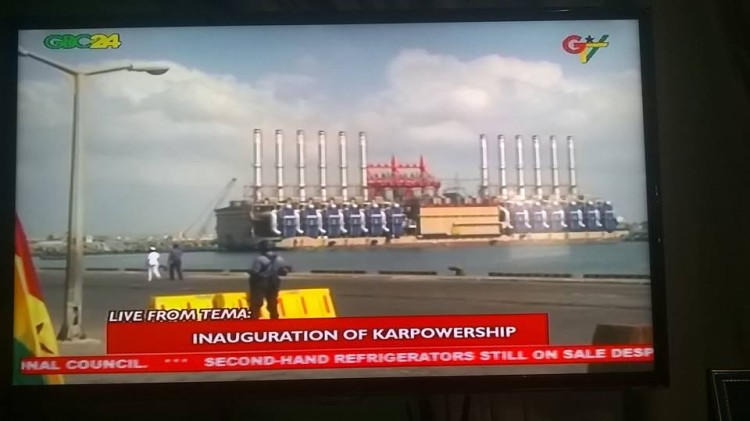 Interestingly, Pope Francis has declined to attend the ceremony which will take place today in Ghana—saying, he has equally worse things doing with his time.

When ScrewLife.Com asked what’s this worse thing he got doing which is more important than the celebration of the end of the woes of Ghanaians, he replied “I am waiting on God to answer me on how come African leaders can’t seem to use their given brains.”

Asked to explain further, he said “who throws a party to welcome a machine”, adding that “the gods were crazy when they placed Ghana under such an unending scorching sun, thinking the leaders could aid the people in making good use of it.” 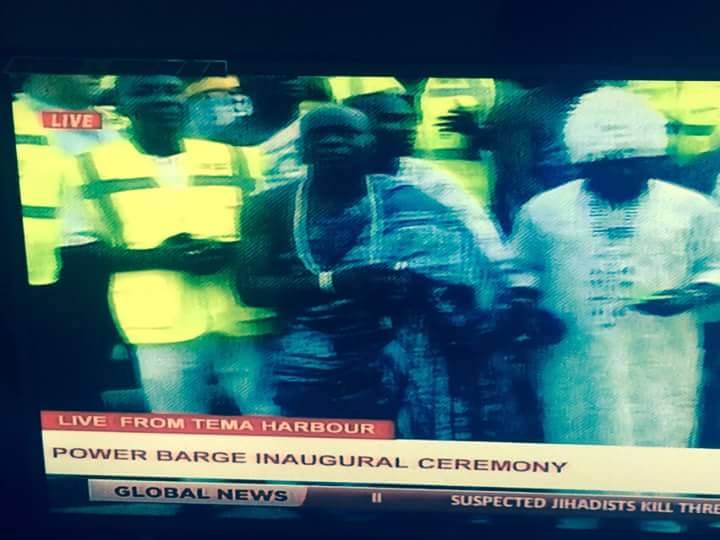 Back home in Ghana, the president is excited and doesn’t seem to care that Pope Francis said he will not attend his very important Power Barge ceremony—after all, other important dignitaries like his wife-Lordina Mahama and his special friend Victoria Hammah will attend.

We are told the ceremony will be covered by various international media outlets—and Nana Aba Anamoah will be there, covering it for her new employers-Al-Jazeera Arabic.

Meanwhile, instead of all Ghanaians celebrating with their beloved competent President, they are worried about how their new political savior, literally and metaphorically a huge generator would be well fed to function.

Share on Facebook Tweet on Twitter Share on Google
https://screwlife.com/2015/11/29/pope-francis-refuses-to-attend-the-christening-of-ghanas-new-saviour-power-barges-he-says-he-has-better-things-doing-with-his-time/2015-11-29T11:27:18+00:00SL StaffBuzzGhana's Power Barges,Power Barges
Several Ghanaians, especially supporters of the ruling party-NDC are super excited as if they are Chelsea fans who have managed to win 4 straight matches with Jose Mourinho still in charge. Despite the abundant  free sunshine, the West African nation of Ghana which consistently supply power to a neighboring country has...
Vincent SL Staff[email protected]AdministratorScrewLife.Com
Tagged in Ghana's Power Barges Power Barges
«Next Post Aspiring Ghanaian Actress Wearing 4 Waist Trainers Collapses At West Hills Mall in Accra
A US Court Sentences An African Restaurant Owner in New York to 2 Years Over BLACK FRIDAY Discount Previous Post»