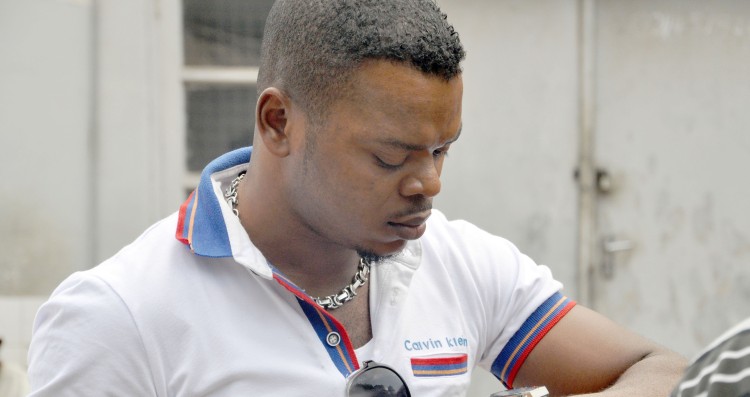 The BNI, Ghana Police and the Military may soon be going after Bishop Daniel Obinim of International God’s Way Church—following a lodged complaint by businessman-Alfred Woyome, popularly known for Ghana’s over a million dollar judgement debt.

Yesterday, a video in which Bishop Obinim stated that he is a spiritual thief and regularly visits the various Ghanaian banks to steal money which he shares for his congregation surfaced online—and following this, Woyome claims, a deposit of $ 5.2 million from one of his global businesses has miraculously disappeared from this bank account.

Since the money disappeared miraculously and Obinim claims to be operating in spirit via the same miraculous means, stealing money—Woyome has named Obinim as his first suspect.

According to Woyome, the money disappeared two weeks ago and he had alerted the various security agencies and appropriate quarters, and investigations had been started but without any clear direction since the disappearance was tagged spiritual.

Therefore, he consulted two powerful gods in the Volta Region of Ghana—and it seems the gods have answered his prayer by forcing Bishop Obinim to somehow confess to stealing from the banks.

Following Woyome’s indictment this morning, we tried speaking to Bishop Obinim to hear what he has to say but some few members of his congregation stopped us from entering the church premises, saying, their pastor had entered the spiritual realm and he was not receiving any visitors.

Watch the below video…

Bishop Obinim says he’s a spiritual thief who goes to banks in…Bishop Obinim says he’s a spiritual thief who goes to banks in the spirit to steal money…My comment on Bishop Obinim saying he is a spiritual thief who goes to the various Ghanaian banks to steal money in spirit for his congregants;The gullibility of Christians can sometimes be insane—how Bishop Obinim manages to keep his followers glue to him despite his many absurd proclamations should be made a subject of degree study.If he can indeed go into the spiritual realm and steal from any Ghanaian bank as he claims, then why does he keep taking tithes and offering from these poor credulous followers?Talk of a walking contradiction…Shouldn’t Ghana police invite him for questioning? Oh he said, spiritual and the law does not deal with that lol.Gradually, people will see what I have been saying long ago about religion; it’s the biggest fraud to ever exist.This is where I go for Geroge Carlin;“When it comes to bullshit, big-time, major league bullshit, you have to stand in awe of the all-time champion of false promises and exaggerated claims, religion. No contest. No contest. Religion. Religion easily has the greatest bullshit story ever told. Think about it. Religion has actually convinced people that there’s an invisible man living in the sky who watches everything you do, every minute of every day.And the invisible man has a special list of ten things he does not want you to do. And if you do any of these ten things, he has a special place, full of fire and smoke and burning and torture and anguish, where he will send you to live and suffer and burn and choke and scream and cry forever and ever ’til the end of time!But He loves you. He loves you, and He needs money! He always needs money! He’s all-powerful, all-perfect, all-knowing, and all-wise, somehow just can’t handle money! Religion takes in billions of dollars, they pay no taxes, and they always need a little more. Now, you talk about a good bullshit story. Holy Shit!”So it’s understandable why benefiting leaders of this ‘cult of ignorance’ will fight so hard to keep it in its current shape with such insane rhetoric—just to keep their credulous followers paying and coming to them all the time.~Chris-Vincent Agyapong

Posted by Ghanacelebrities.com on Tuesday, 16 February 2016