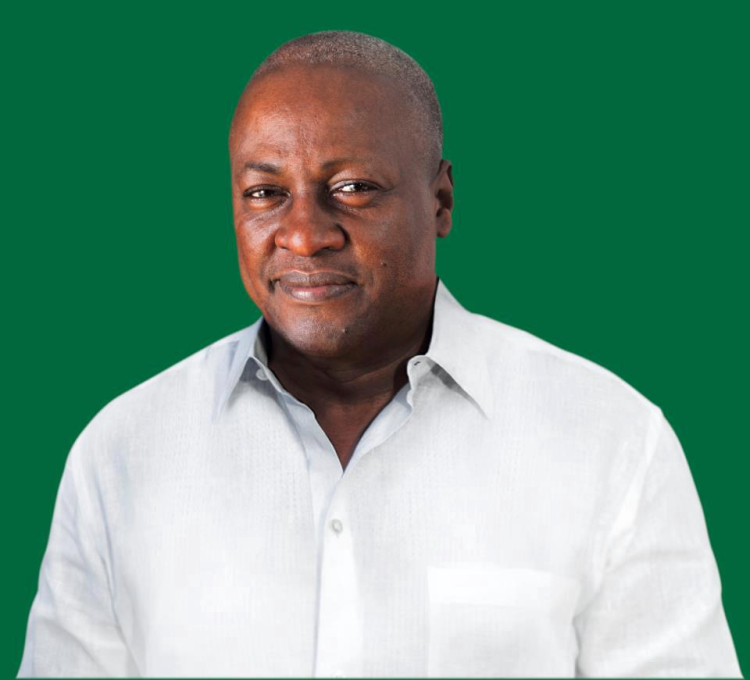 Ghana will soon be debt free—and every Ghanaian will have more than enough cash in his or her pocket to spend on whatever, including regular night keleweles, according to the President of Ghana.

President John Dramani Mahama has today stated that, Ghana will soon become an enviable hub of business, prosperity, innovation and above all, riches—through the works of the HOLY WATER of Prophet Abruku Abruka.

Ghanaian Prophet-Abruku Abruka whose popularity in Kumasi far out weighs that of President Mahama has been spiritually blessed by God with a divine authority to produce and sell a special well-packaged HOLY WATER,  capable of doing so many unimaginable things.

In a TV commercial (below), the HOLY WATER is said to work faster than God himself; it can deposit money in your bank account, pay of your debt for you—and also if you want to kill someone, you can just write the person’s name on a paper and drop it in the water.  And the water will send out legions of assassins trained by God himself to go and murder your target.

But what President Mahama is keenly interested in is the debt clearing and money generating powers of the HOLY WATER—and has therefore contracted  Prophet-Abruku Abruka to produce gallons of this water to help stabilize the pockets of Ghanaians with abundance of cash.

Now, we can say, the President deeply cares about us—the Deadgoat has been resurrected and soon,  Ghana will be debt free with a lot in the pockets of its citizens, by kind courtesy of Prophet Abruku Abruka’s HOLY WATER.

Watch the video below…

VIDEO: The Idiocy of Some Ghanaian Christians Just Gained ‘Leg…

From GhanaCelebrities.ComVIDEO: The Idiocy of Some Ghanaian Christians Just Gained ‘Legendary Status’ | After Watching this Video, Tell Me I Am WrongWhen I talk about religion and its overwhelming insanity; people say I am being harsh! Now you see where you people have gotten to with this Bronze Age instituted Abrahamic God and His religion?Africans are just too much! If religion is not the fountainhead of gross stupidity, then what else could be?WATCH this video and tell me I am wrong about anything I have ever said about this concept of believing without evidence (faith)—and its associated credulity.It's insane enough to believe that a son of a carpenter was sacrificed by his loving father for your sins despite to existing independent records of this—but to add a different layer of such nonsense, the hovering absurdities called miracles, being championed by the many African Men of God of which Bishop Daniel Obinim is the juggernaut of this enterprise is offensively pathetic.Beyond the Daniel Obimim's growing popularity and televangelism propaganda which would politically match the position of North Korean's divine ruler-Kim Joung-un lies this new idea of commercializing 'Holy Water'—an ordinary water supposedly coated with divine powers which are undetectable and untraceable by any means of reasonable measure.Of course, for a long time, Ghanaian pastors, prophets and con men who are best friends of an invincible God in the skies and occupy a special place on his tall list of creation have been selling different sizes of anointing oil and watee—but for the first time, we've seen a TV advertisement of a well packaged 'Holy Water' capable of automatically depositing money in your bank account or paying off your debt.Perhaps President John Dramani Mahama needs to be shown this; because we can use it to pay for all Ghana's debt or use it to conjure money to run our broken and yet religious country without always running to the IMF. It's ridiculously insane, somewhat an indictment on our true position as sane human beings on the spectrum of existence. Religion grants the unfettered liberty for people to suspend their thinking faculty; the 'reason' why a man with a brain would believe that there's an invincible God up there watching every micro second of his life—or believe that some holy water is capable of paying off his debt or deposit some money in his bank account.It's pure nonsense but not any worse than believing one person was scarified to pay for the 'debt of sins' of every person who ever lived and would ever live by his own father.From GhanaCelebrities.Com; http://www.ghanacelebrities.com/2016/02/22/video-the-idiocy-of-some-ghanaian-christians-just-gained-legendary-status-after-watching-this-video-tell-me-i-am-wrong/

Posted by Ghanacelebrities.com on Monday, 22 February 2016

Share on Facebook Tweet on Twitter Share on Google
https://screwlife.com/2016/02/22/president-mahama-to-buy-prophet-abruku-abrukas-debt-paying-money-generating-holy-water-for-ghana/2016-02-22T11:54:15+00:00SL StaffBuzzPresident Mahama,Prophet Abruku Abruka
Ghana will soon be debt free---and every Ghanaian will have more than enough cash in his or her pocket to spend on whatever, including regular night keleweles, according to the President of Ghana. President John Dramani Mahama has today stated that, Ghana will soon become an enviable hub of business,...
Vincent SL Staff[email protected]AdministratorScrewLife.Com
Tagged in President Mahama Prophet Abruku Abruka
«Next Post After Dropping Manny Pacquiao, NIKE Signs Ghana’s Dr. Bernice Welbeck & She Puts NIKE on Her Face
Teacher Sacks 8 Wesley Girls’ Students For Being Able to Name 3 Kardashians But Not 3 Ex-Nigerian Presidents Previous Post»