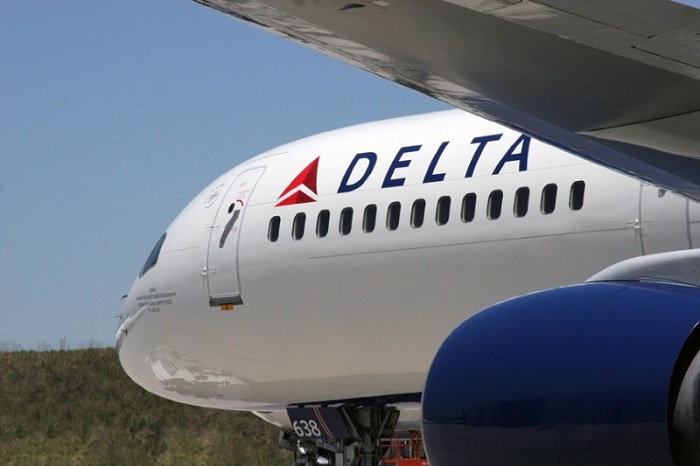 Passengers flying on Delta Airline flight-DA476 from Accra to New York will spend an unplanned night in London—as the flight had to make emergency landing at Heathrow because of a strong smell which kept keeping bad.

According to reports, after 2 hours of taking off from Kotoka International Airport in Accra, passengers started complaining to the Air Hostess about a worrying smell which they initially thought was coming from the two toilets at the back.

The Air Hostess checked the toilets and sprayed out some fragrance, hoping to overcome the smell with the nice smell of the fragrance—but this made the situation worse.

As if the bad smell could see the attempts to overpower it; it took a strong push—unleashing into the already disturbed in-flight atmosphere an unbearable smell.

A passenger who was on board the flight-Clement Adu Frimpong told ScrewLife.Com that, “it was really bad and everybody started covering their noses with the in-flight blankets.”

“All of a sudden, about 8 children on board started crying”, he added.

Those who know how diffusion works would understand this;  the bad smell had travelled from its source, a region of a higher concentration to a lower concentration—with an equilibrium having been achieved.

At this stage, even the pilot was suffering; he was forced to make an announcement that the plane would stop in London—where a thorough inspection would be carried out to ascertain where the headache-given smell was coming from.

All eyes were still on the back toilets—even when the plane landed at Heathrow.

When cleaners and facility personnels were brought on board to check the toilets, it became obvious that; it was not the toilets—something in a passenger’s bag may be causing this.

After over an hour search of the various hand baggage without anything being picked on, it  became clear that the scent was travelling from the below compartment of the plane—where all heavy luggage are kept.

Since all passengers’ luggage had to be off-loaded to determine what was stubborn and arrogant enough to have caused a whole aeroplane to land mid-journey, passengers were told to get off the plane and report tomorrow morning.

From what our Heathrow airport sources told us; a “Ghana Must Go” bag was later determined to be the father and mother of that pungent smell.

Though Delta Airline has not issued any official statement on this incident, we are told the passenger may be fined heavily for such gross disregard for decency—and for the huge financial cost the emergency landing plus passengers overnight welfare have brought the airline.

This is not the first time such an incident has happened—but the first ‘Koobi & Mormorni’ have been the cause. In March 2015,  UK’s DailyMail reported that “British Airways flight to Dubai was forced to return to London due to a foul odour emanating from an overflowing toilet.”

Perhaps, it’s time these airlines ban Koobi, Mormorni and Prekese on their flights.

Share on Facebook Tweet on Twitter Share on Google
https://screwlife.com/2015/11/27/delta-airline-flight-da476-from-ghana-to-usa-makes-emergency-landing-in-london-because-passengers-could-not-take-the-pungent-koobi-mormorni-smell-on-board/2015-11-27T23:47:46+00:00SL StaffShocking NewsDelta Airlines
Passengers flying on Delta Airline flight-DA476 from Accra to New York will spend an unplanned night in London---as the flight had to make emergency landing at Heathrow because of a strong smell which kept keeping bad. According to reports, after 2 hours of taking off from Kotoka International Airport in...
Vincent SL Staff[email protected]AdministratorScrewLife.Com
Tagged in Delta Airlines
«Next Post CEO of MTN Ghana Quits Using MTN | Ports Number to a Different Network Out of Service Frustration
Ghana’s TV3 Replaces Benny Blanco With David Oscar to Spice Up ‘New Day’ With Interesting Jokes Previous Post»