BREAKING NEWS: Nana Aba Anamoah Now Works for Al-Jazeera Arabic & Twi | She Was On the Station’s UK’s Channel This Afternoon As A Newscaster 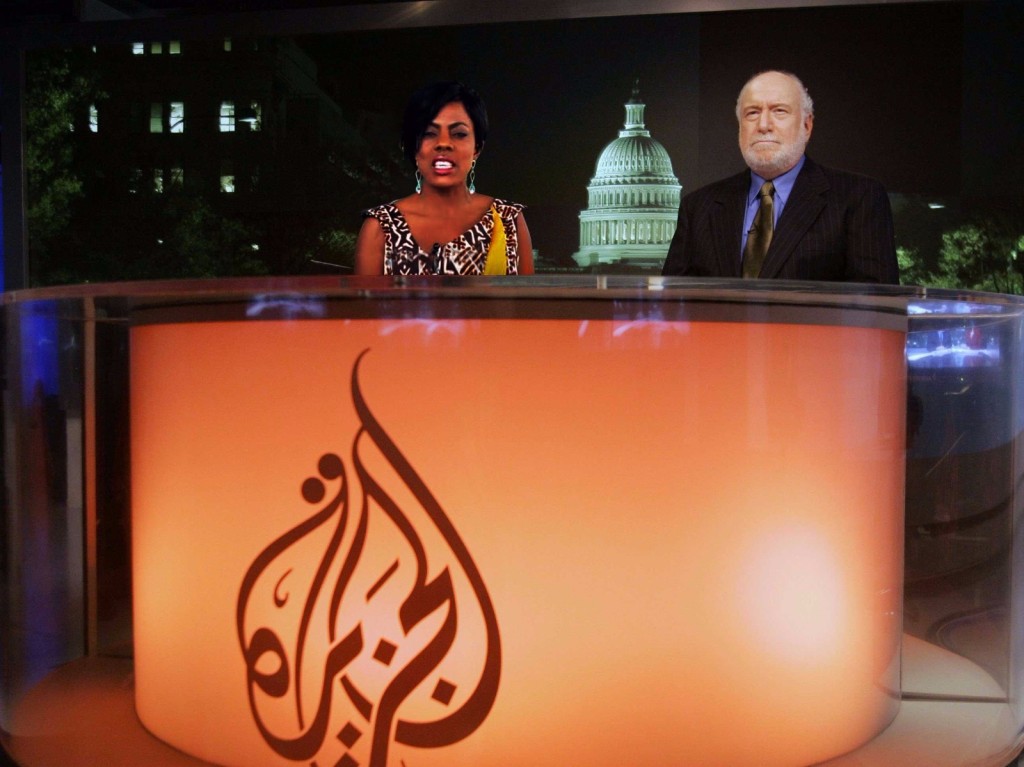 This is a big step for Nana Aba Anamoah and perhaps, you are thinking what we’ve been jubilating about—she can now shout out loud; screw TV3, because she now works for one of the biggest TV networks in the world-Al-Jazeera.

A minute ago, Nana Aba Anamoah appeared on UK’s Channel of Al-Jazeera alongside the station’s ace male broadcaster, delivering their afternoon news—all in Arabic.

With her professionalism, Nana Aba Anamoah “slanged” out on the Arabic just as she does to English—and before the news broadcast, she was introduced as Ghana’s most professional newscaster who recently left TV3 to join the international network in hope for bigger challenge and opportunity.

In the brief introductory sort of documentary that was run before the afternoon news broadcast, Nana Aba Anamoah explained that she had to leave TV3 in Ghana because Ghanaians play too much—and one of such games was shockingly picked up by her employers who insanely suspended her, over nothing.

It seems like Nana Aba Anamoah, like many of her supporters still thinks she did not do anything professionally wrong and TV3 just treated her unfairly.

Anyway, she now has a good enviable job as a newscaster at Al-Jazeera Arabic & Twi—and at for her début broadcast, she rattled Arabic as if she was a Saudi female Imam.

She was really on point—and after the last headline, she ended her broadcast with “Meedase” which means Thank You in Ghana, repin’ hard for her motherland.

After her broadcast, ScrewLife.Com’s UK based correspondent-Hellen Powell called Nana Aba Anamoah to congratulate her and asked why she pick Al-Jazeera over the many Ghanaian TV stations, especially when she was tipped for UTV and GHONE.

The beautiful journalist and an award-winning photoshop expert said she decided Al-Jazeera was the next step for her career because of the network’s high level of professionalism—something she said most Ghanaian journalists lack because their employers do not demand that from them.

She also said “journalism in Ghana has become a joke; online is full of copy and paste—and when you listen to radio, you feel like throwing up. TV is even worse, with the stations just stealing content.”

Nana Aba Anamoah added that, because of the above, when she came across Al Jazeera’s online advertisement,the search for a beautiful black newscaster who speaks Arabic and Twi fluently, she jumped at the opportunity.

Interestingly, the mother of one said one day she will sue TV3 for what they did to her—she sworn that she will make them pay for the unprecedented attention they gave her for free.

Nana Aba has now jumped the pond, leaving the increasing appalling journalistic standards in Ghana behind—and at this stage, TV3 can kiss her black butt.

Share on Facebook Tweet on Twitter Share on Google
https://screwlife.com/2015/11/27/sl-exclusive-nana-aba-anamoah-now-works-for-al-jazeera-arabic-twi-she-was-on-the-stations-uks-channel-this-afternoon-as-a-newscaster/2015-11-27T19:44:22+00:00SL StaffWorld NewsNana Aba Anamoah
This is a big step for Nana Aba Anamoah and perhaps, you are thinking what we've been jubilating about---she can now shout out loud; screw TV3, because she now works for one of the biggest TV networks in the world-Al-Jazeera. A minute ago, Nana Aba Anamoah appeared on UK’s Channel...
Vincent SL Staff[email protected]AdministratorScrewLife.Com
Tagged in Nana Aba Anamoah
«Next Post Close Friends of Zenator Rawlings Say Herbet Mensah is Not Even the Father of the Two Kids So He Can Go to Whatever Court He Wants
OH GOD! President Obama Orders Thousand Kantanka SUV’s For US Military But Apostle Safo Refuses the Order Since He Can’t Meet the Deadline Because of Dumsor Previous Post»