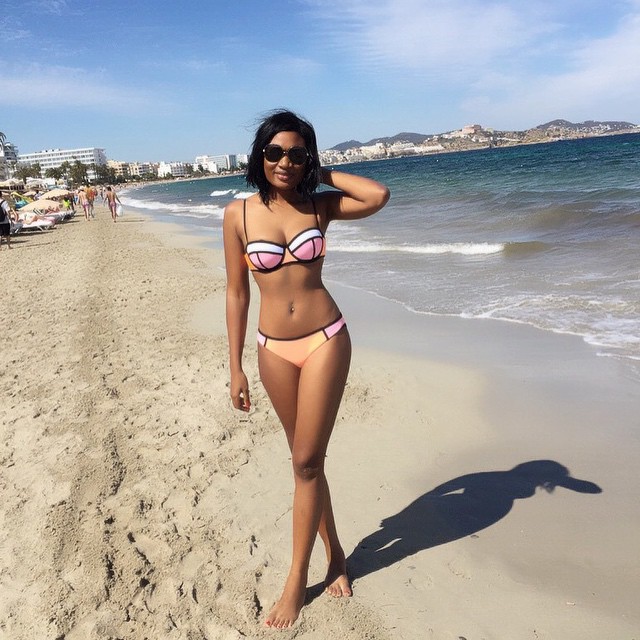 Earlier this year, Ghana’s biggest celebrity website-GhanaCelebrities.Com wrote this about her;

“[Sandra Ankobiah] may be a mere TV presenter in Ghana, one amongst the many we see on morning TV but Sandra Ankobiah lives far better and within a richer setting just like an Arab Queen—perhaps, far glamorous than Queen Elizabeth.

In just a year, Sandra Ankobiah has travelled more than many of us will do in our entire life, reguarly jetting off for weekends away in London—while there, she mostly stays in £2000 a night hotels and splashes about £25,000 on her boring day shoppings.”

Sandra’s expensive lifestyle is on the internet, courtesy Instagram for all to see but what remains a mystery, somewhat coded—is how she is able to finance such a flamboyant lifestyle even when she was not a lawyer.

There have been tales of her being sponsored by aliens from out of space and even some say she smuggles chilled pure water abroad to make her cash.

For us, these are ridiculous lies—so ScrewLife.Com decided to do its own digging, to find out the Sandra Ankobiah’s source of wealth.

And today, our insider from Sandra’s well protected camp who pleaded to be anonymous but we refused to grant her that anonymity has told us everything you need to know.

According to Sandra Ankobiah’s ex-boyfriend’s cousin (we mean Asamoah Gyan’s cousin)—Bertha Gyan, while Sandra Ankobiah was studying for her law degree in the UK,  she won £4 million in UK’s euro millions lottery.

Apparently, Sandra Ankobiah invested a bulk sum of the money in Instagram to be able to get a lot of LIKES and followers—and today, she is ripping the full benefits.

“Though a lawyer, Sandra Ankobiah does not practice because her other full time job with Instagram is demanding—taking several photos each day and selecting the best to post so to secure the paid for likes and favourable comments is not easy,” Bertha told us.

Now, we can sleep at night—because we’ve been wondering where Sandra’s cash flow has been coming from since Independence. At first, we thought she had dwarfs working for her.

When we reached out to Sandra Ankobiah to confirm or deny what our insider had told us, she threw a quick one at us—saying, “Di Wo Fie Asem.”