SL Exclusive: Nadia Buari’s Twins’ Coded Father Threatens Her | Says ‘Bring My Twins to Russia Or I Will Airstrike Your House’ 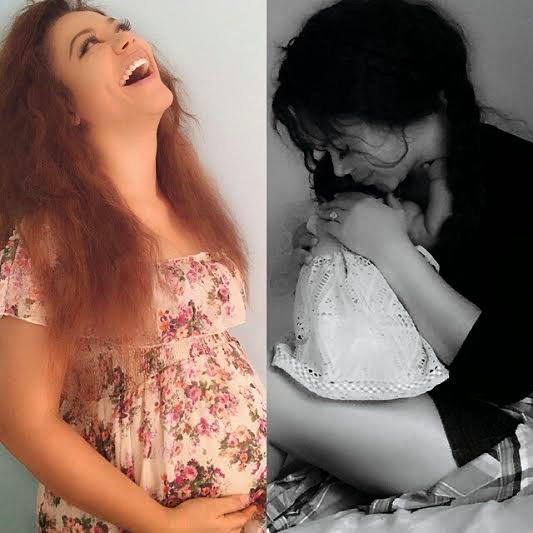 Putin is notorious for crashing down his enemies with heavy bombers—at least that is what we know of him alongside his constant war rhetoric.

But what most did not know is that, the Russian leader is capable of knocking twins straight from the back into the womb of a woman, preferably if she is called Nadia Buari and then become a coded father.

Just like the Zanator Rawlings and Herbert Mensah’s children scandal— Vladimir Putin feels Nadia Buari is trying to rob him of his twins and as such, he has threatened military action against her and her ancestors—both ascertained and unascertained should she fail to grant him a well deserving parental responsibility.

Currently, Putin is knocking out ISIS from the skies—with the Turks also back-stabbing him but in the midst of this global chaos, he has decided to place his children which he had with Ghanaian actress Nadia Buari earlier this year first. They are that important!

For the below reason, Nadia Buari has kept the identity of her kids’ father coded—even those two Kumasi ninjas could not help in finding the father when they were deployed a few months ago. They ended up at West Hills Mall and were assassinated by agents of public opinion.

Apparently, Nadia Buari purchased a sperm on Tonaton for artificial insemination and ScrewLife.Com is told that sperm among others were placed on the website by a Ghanaian medical student who was studying in Russia at the time.

ScrewLife.Com’s undercover investigation aided by our allies in North Korea indicates that, the student stole a box of sperms from a hospital in Russia where he was having his work experience—and unfortunately, one of the bottles was for Putin, meant to be preserved for a clone of the leader loved so much by the West many years to come.

When Vladimir Putin was informed of the box of sperms’ theft, the KGB was instructed to find the thief—a wild goose chase backed by reliable intelligence brought them to Ghana, where they found Nadia Buari already 3 months pregnant with the Putin starch.

That’s when she was flown undercover to the United States by the KGB, where she lived until she gave birth—financed by Putin.

Now, it seems Nadia Buari is reluctant to hand over the kids to Putin—for the fear that, they would grow to become as charming and benevolent as their father.

And with Crimea, Turkey and the stateless ISIS on the back of Putin, Nadia Buari has become even more worried—such that, she has stopped replying Putin’s Whatsapp messages.

The man who has a grain of bombers is upset on the grounds that, the Turks recently ridiculed him and ISIS continues to the take piss but for a woman to join the gangs of disrespect, that’s a clear over thrown of global manliness by feminism.

So Putin has issued a warning which he sent to Nadia Buari’s instagram, saying; “bring my twins to Russia or I will airstrike your house.”

At least, this has given us a name and a face as to who the father of Nadia Buari’s twins are—we can now rule out Kwaku Bonsam, the Nollywood star.

Perhaps, Putin needs to reach out to Herbert Mensah and together, they can nuke the houses of Zenator Rawlings and Nadia Buari—this time, with the women on top and the missiles being shot from below. We think that’s called reverse cowgirl.

Share on Facebook Tweet on Twitter Share on Google
https://screwlife.com/2015/12/01/746/2015-12-01T08:36:13+00:00SL StaffBuzzfather of Nadia Buar's twins,Nadia Buari,Nadia Buari’s Twins’ Coded Father Threatens Her,Vladimir Putin
Putin is notorious for crashing down his enemies with heavy bombers---at least that is what we know of him alongside his constant war rhetoric. But what most did not know is that, the Russian leader is capable of knocking twins straight from the back into the womb of a woman,...
Vincent SL Staff[email protected]AdministratorScrewLife.Com
Tagged in father of Nadia Buar's twins Nadia Buari Nadia Buari’s Twins’ Coded Father Threatens Her Vladimir Putin
«Next Post BREAKING NEWS: NPP Splits on How to Self Terminate
President Robert Mugabe’s Wife Says Mugabe Will Hand Over Zanu PFF Candidacy to An Independent New Person Previous Post»