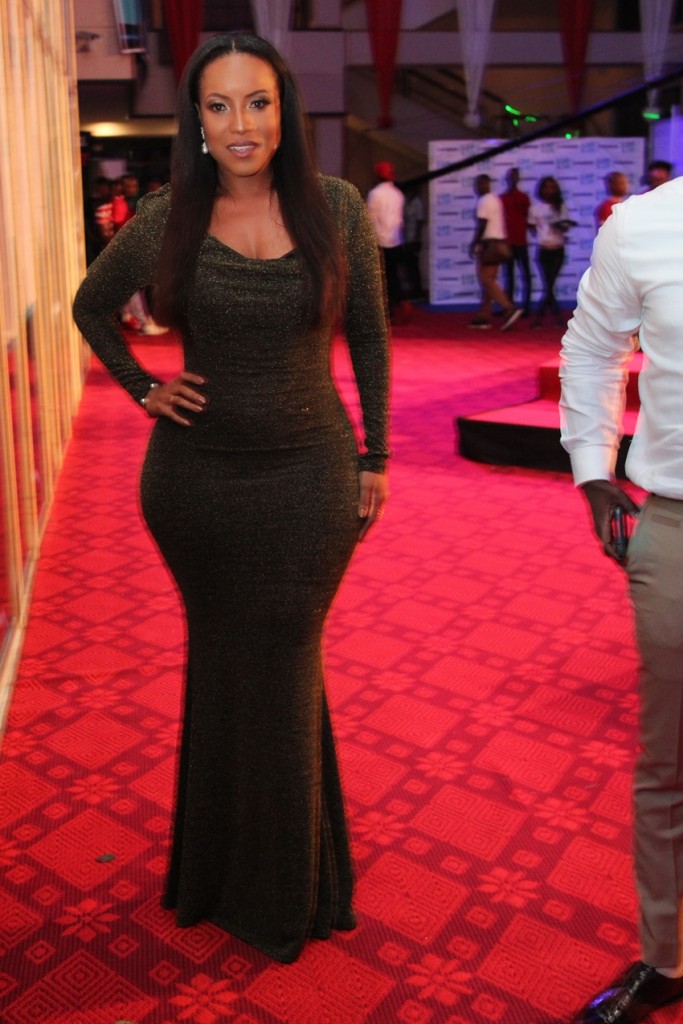 Ghanaian actress – Joselyn Dumas – among other things is very popular, not for her acting prowess, but for her voluptuous curvy magical hips that are able to appear and disappear at certain periods of time under strange circumstances.

Even though many are of the view that the actress intentionally pads her undergarments with rags in order to make her hips appear wide, Miss Dumas thinks otherwise.

According to her, she’s naturally endowed with ‘crazy hips’ – hips that are capable of making the holiest pope on earth denounce his faith.

Mid last year, Miss Dumas launched a cholera awareness project dubbed ‘The Xcholera Campaign’; a campaign that sought to raise awareness for the outbreak of cholera in Ghana.

After visiting few market centers and seeing how dirty Ghanaians were, nothing was heard from the actress again, even though she promised Ghanaians a long lasting campaign.

Although we don’t remember the last time the actress featured in a major movie, we are reliably informed she hasn’t been idle – she’s been working hard behind the scenes.

According to ScrewLife.Com’s source close to the actress, Miss Dumas is about setting up hips enlargement school at Abokobi, a suburb of Accra. As reported by our source, the actress thinks the time has come for her to make money from her God-given hips.

“If struggling musicians like Diamond and Dencia have been able to ride on their bleached skins to produce bleaching creams, what stops Joselyn from riding on her famous hips to make money?” our source rhetorically asked.

Miss Dumas, who currently holds the world record for the widest hips with a combined circumference of a whooping 45ft, is expected to cut sword for the commencement of the school in January 2016.

A document we came across indicates that the hips enlargement school will train the numerous Ghanaian ladies who want to have abnormal hips how to enlarge their hips by using scientifically-approved methods.

So for the countless Ghanaian ladies out there, it’s time you stop sitting on buckets as a way of enlarging your hips. Your savior, Joselyn Dumas’ School for Creative Hips Enlargement, will soon be here to redeem you from your worries.

Lest we forget, American female rapper – Nicki Minaj – and former Deputy Minister for Communications, Victoria Hammah have already confirmed to us they are going to be senior lecturers in the school.

Like Ideal College, how can you fail, with all these people on board? Joselyn, via our source, says we should ask “Womp3 wei na wop3 kaya motuom?”

Share on Facebook Tweet on Twitter Share on Google
https://screwlife.com/2015/12/01/actress-joselyn-dumas-ditches-cholera-project-to-set-up-hips-enlargement-school-at-abokobi/2015-12-01T17:23:33+00:00SL StaffOMGJoselyn Dumas,Joselyn Dumas Hips
Ghanaian actress – Joselyn Dumas – among other things is very popular, not for her acting prowess, but for her voluptuous curvy magical hips that are able to appear and disappear at certain periods of time under strange circumstances. Even though many are of the view that the actress intentionally...
Vincent SL Staff[email protected]AdministratorScrewLife.Com
Tagged in Joselyn Dumas Joselyn Dumas Hips
«Next Post Ghana’s Power Minister-Dr. Kwabena Donkor Says He Will Definitely RESIGN Because the Power Barge Can’t Solve Dumsor
Ghana is Second Most Corrupt African Country – Report | But President Mahama Says It’s A Lie Previous Post»