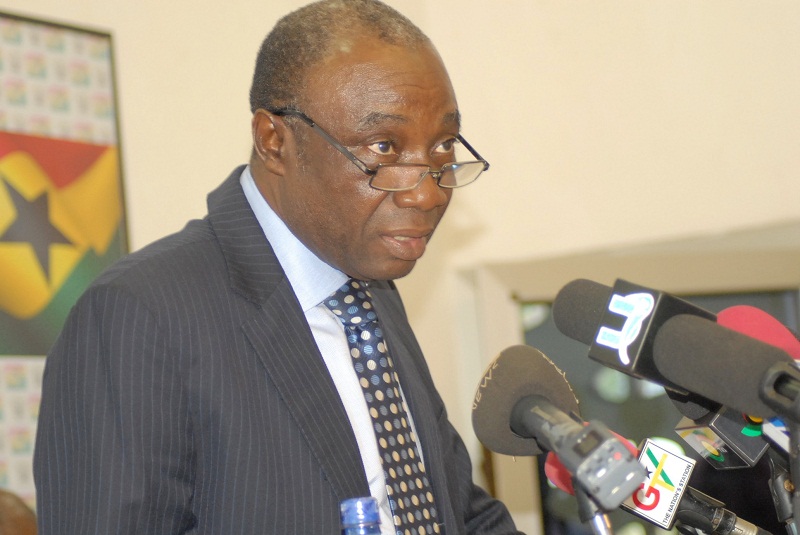 The Minister of Power, Dr. Kwabena Donkor it looks like he will definitely resign his ministerial position.

This is in fulfillment of a promise made by the Honourable Minister in February this year when he was assigned to the country’s power sector with the major task of finding a lasting solution to the power crisis facing the country.

In a statement issued to announce his pre-resignation, Dr. Kwabena Donkor said “the act is in accordance to my nature as a man of integrity; a man who does not go against his word”.

Since his appointment as Minister for the sector, he has made major strides in finding lasting solutions to the array of problems facing the country’s power sector.

However his efforts have not yielded much of the positive results for which he had stated clearly that if were not achieved he would resign from his post.

Over the years several Government officials in Ghana have been known to make such promises knowing well that they would be unable to forfeit the glamour that comes with the ministerial position.

But the action of Dr. Donkor goes to prove that the country still has men of integrity who are committed to the good of the country and would go the extra-mile when they are not able to achieve that for Ghanaians.

The country, has in the last four years grappled with erratic power supply leading to what many have termed as “Dumsor” to wit “off and on”.

About 2000 megawatts of power is needed to make the crisis a thing of the past.

With the arrival of the much anticipated power barge in the country over the weekend one would imagine that the Power Minister is on track to achieving his goals.

But the Power Minister thinks otherwise. According to him “the Power Barge cannot even provide half of what we need to make the power situation go away and so I’ll rather just quit than allow myself to be made a laughing stock by Ghanaians”.

Meanwhile our sources at the Presidency say moves are been made by President John Dramani Mahama to replace Dr. Donkor with the very eloquent and outspoken politician Madam Akua Donkor.

According to our sources this decision is as a result of Madam Donkor’s familiarity to the sector due to her active participation at several round-table discussions held by the government and also her exposure to the western world.

Share on Facebook Tweet on Twitter Share on Google
https://screwlife.com/2015/12/01/ghanas-power-minister-dr-kwabena-donkor-says-will-definitely-resign-power-barge-cant-solve-dumsor/2015-12-01T15:29:39+00:00SL StaffBuzzKwabena Donkor
The Minister of Power, Dr. Kwabena Donkor it looks like he will definitely resign his ministerial position. This is in fulfillment of a promise made by the Honourable Minister in February this year when he was assigned to the country’s power sector with the major task of finding a lasting...
Vincent SL Staff[email protected]AdministratorScrewLife.Com
Tagged in Kwabena Donkor
«Next Post Chinese President-Xi Jinping Visits Zimbabwe | Robert Mugabe Praises China for Being the MESSIAH of All Africans
Actress Joselyn Dumas Ditches Cholera Project to Set Up Hips Enlargement School at Abokobi Previous Post»